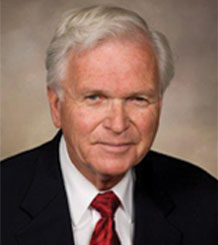 Dr. Roschel is a cum laude graduate of Franklin and Marshall College and a member of Phi Beta Kappa. He received his medical training at the University of Pennsylvania, graduating in 1958. While there he was elected to the honor scholarship fraternity, Alpha Omega Alpha. After serving a rotating internship at Pennsylvania Hospital, Philadelphia, Pennsylvania, he entered the United States Air Force and served in the Strategic Air Command as a Flight Surgeon. After leaving the service in 1961 he began a three year residency training in dermatology at the Hospital of the University of Pennsylvania. Upon completion of the program he entered the private practice of dermatology at 203 North Lime Street, succeeding Dr. Lewis M. Johnson, who had retired. Dr. Roschel is a Diplomate of the American Board of Dermatology and maintains membership and actively serves in several regional and national dermatological societies. He is past president of the Pennsylvania Academy of Dermatology.

Dr. Herschaft is a Phi Beta Kappa graduate of the University of Richmond. While at college he was elected to membership in several honor and academic societies. He received his medical education at the Medical College of Virginia in Richmond, Virginia, graduating in 1974. He served a medical-surgical internship at Mount Auburn Hospital in Cambridge, Massachusetts and then entered a three year dermatology residency at the Temple Skin and Cancer Hospital in Philadelphia. After his residency training he joined Dr. Roschel in the private practice of Dermatology.

Dr. Herschaft is a Diplomate of the American Board of Dermatology and a Fellow in the American Academy of Dermatology. He is active in several regional and national dermatological societies and is past president of the Lancaster City and County Medical Society. 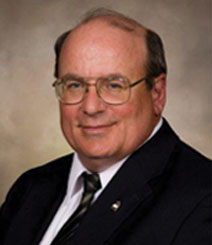 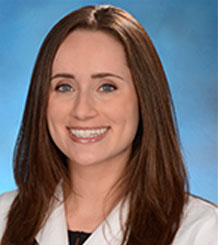 Dr. Groleau is a Schreyer Honors College graduate of the Pennsylvania State University and a member of the Phi Beta Kappa National Honor Society. She received her medical degree from the University of Maryland School of Medicine, graduating magna cum laude in 2012. In medical school she was elected into the Alpha Omega Alpha Medical Honor Society and received the Eugene Sydney Bereston Award for Excellence in Dermatology. Dr. Groleau completed her medical internship at Mercy Medical Center and a three year dermatology residency at the University of Maryland Medical Center in Baltimore, MD, where she served as chief resident in her final year. She is a fellow in the American Academy of Dermatology.

Her main clinical interests include the evaluation and management of melanoma/non-melanoma skin cancers and cosmetic dermatology.

John B. Legere, DO 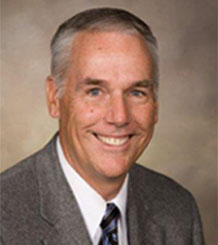 Dr. Legere graduated from the U.S. Military Academy at West Point in 1969, and following that served in the U.S. Army infantry for five years. He then attended Kansas State University where he completed his pre-medical requirements and also received a second degree in chemistry science. Dr. Legere’s medical training was accomplished at the Philadelphia College of Osteopathic Medicine, graduating in 1982. Following internship, he was commissioned as a Flight Surgeon in the U.S. Air Force, serving four years in the Strategic Air Command in North Carolina. Dr. Legere’s dermatology training was accomplished in New Jersey, after which he joined a dermatology practice in Oregon. Then he joined Dermatology Physicians in July 1991. 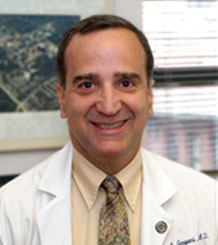 Anthony A. Gaspari, MD earned a bachelor’s degree from Temple University in Philadelphia, Pennsylvania; he earned a medical degree from Jefferson Medical College in Philadelphia. He attended Emory University School of Medicine for his Dermatology Residency. After his residency, he took a post-doctoral fellowship in cutaneous immunology at the Dermatology Branch of the National Cancer Institute, National Institutes of Health in Bethesda, MD. He then joined the faculty at the University of Rochester School of Medicine in Rochester, NY where he rose to the rank of Associate Professor, with tenure, in the Department of Dermatology. He joined the Department of Dermatology at University of Maryland School of Medicine in 2001 to take the Albert Shapiro Professorship, and was named permanent chair in 2005 until January, 2015.

His main clinical interests are general dermatology, and he treats psoriasis, eczema, acne, sun damage and skin cancer. He has a special interest in allergic and autoimmune skin diseases. He runs a busy diagnostic patch testing clinic in his outpatient practice. Until 2015, he supervised a cutaneous clinical and research science immunology laboratory. He holds one patent. He is internationally recognized for his work on cutaneous immunology, and has been invited to speak at numerous international meetings related to Dermatology, Immunology and Toxicology in Istanbul, Turkey, Naples, Italy and Berlin, Germany. He has gained the world’s attention for his role as a Dermatologist volunteering his efforts in Indonesia, where he assisted a team of local Doctors attempting to diagnose and treat the “Treeman” of Indonesia (DedeKosawa). He has been in three televised documentaries on The Learning Channel, and has been a guest on the “Doctor Oz” show. He also has been selected to Baltimore’s “Best doctors” on multiple occasions, has been included in “Super doctors” listing in the Washington Post.

In his spare time, he enjoys spending time with his family, hiking, gardening and traveling. 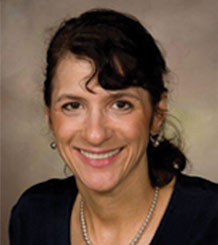 Dr. Baldassano has joined our practice as a Dermatopathologist. She is a Cum Laude graduate from Duke University where she graduated with distinction with a Bachelor of Science degree. Following her graduation from Duke she received the National Institute of Health Research Training Award. Dr. Baldassano received her Medical Doctorate degree from the Pennsylvania State University, College of Medicine in Hershey and did her Dermatopathology Fellowship at New York University Medical Center, New York, NY. She did a residency in Anatomic Pathology at Massachusetts General Hospital in Boston, MA and a Residency in Internal Medicine at Duke University, Durham, NC. 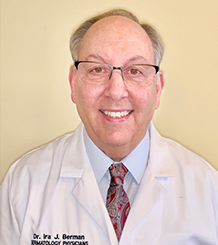 Dr. Berman is a leader in the field of dermatology. He is a past president of The Pennsylvania Academy of Dermatology and former Chief of Dermatology at York Hospital. He is an expert in product formulation and served on the Board of Trustees of the American Society of Cosmetic Dermatology. 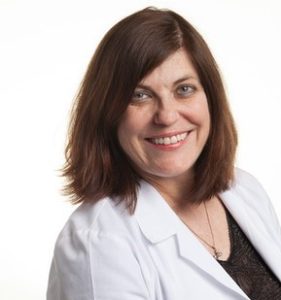 Dr. McGillis graduated from The University of California at Davis Medical School. Her internship was in San Francisco and residency at U.C. Davis. She was selected to complete a post-graduate fellowship in dermatologic surgery at the Cleveland Clinic where she concentrated on cosmetics, laser therapies and treatment of skin cancer. She remained on staff for almost 20 years.

She is a board certified dermatologist and a fellowship trained MOHS surgeon. She is originally from California and her father is a dermatologist.

Dr. McGillis is internationally recognized, having spoken or taught in such places as Singapore, Indonesia, Israel, Brazil and Germany as well as throughout the United States. She has published many articles and written book chapters to help advance her specialty. She came to Lancaster in 2007 to bring her expertise in the area. 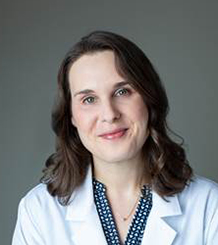 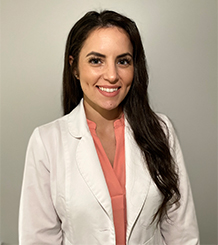 Marena Fares is a board certified Physician Assistant specializing in dermatology. She attended Philadelphia University’s Accelerated Physician Assistant Studies Program, where she received both her Bachelors and Master’s degrees, graduating magna cum laude in 2017.  She completed her training in the Philadelphia/New Jersey area and has medical dermatology experience in York/Hanover working alongside an experienced dermatologist with over 45 years of experience. She is passionate about educating her patients and the community on the importance of proper sun protection and the need for routine skin cancer screenings. Marena takes pride in providing comprehensive exams and individualized treatments to her patients. In her leisure time, she enjoys traveling, exercising, and spending time with family and friends. She is a member of the Society of Dermatology Physician Assistants. 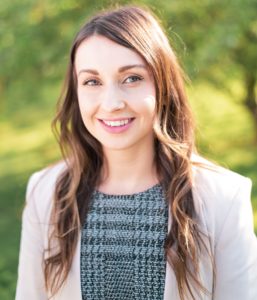 Lena Metcalfe is a board certified physician assistant and skin specialist. She received her undergraduate degree from Philadelphia University Summa Cum Laude, and went on to earn her Master’s degree in 2014. She is a fellow diplomate member of the Society of Dermatology Physician Assistants. She has a passion for all things skin with a strong medical dermatology background and is highly skilled in the use of dermal fillers, Botox/Dysport, microneedling, and other skin treatments. Lena and her little family moved back to her hometown in Lancaster County after gaining five years of experience in Los Angeles, California. There she had the privilege of learning form the country’s top injectors and treating celebrities. When it comes to cosmetic dermatology, she believes in embracing your unique beauty and provides a tailored plan to achieve a very natural look.